3D Viewer
The Flight Data Analyzer can display an animated 3D view of the rocket orientation for an entire flight.  It does this using 3-axis gyro data that is recorded during a flight by a Kate-2 or Kate-3 transmitter.  A user just needs to download the flight data that was recorded onboard their transmitter and then press the 3D Viewer icon to see the flight animation.

A screen shot of the 3D Viewer playback window is shown below.  There is an animated model of the rocket that will show the orientation as the flight progressed. It also displays key flight data such as time, altitude, velocity, acceleration, roll rate and tilt that are synchronized with the animation. It also indicates when important flight events occur, such as when the motor is burning, when apogee is reached and when main parachute deployment occurs. The user can control the speed at which it plays and even run it forward and backwards as needed to study any point in time during the flight. 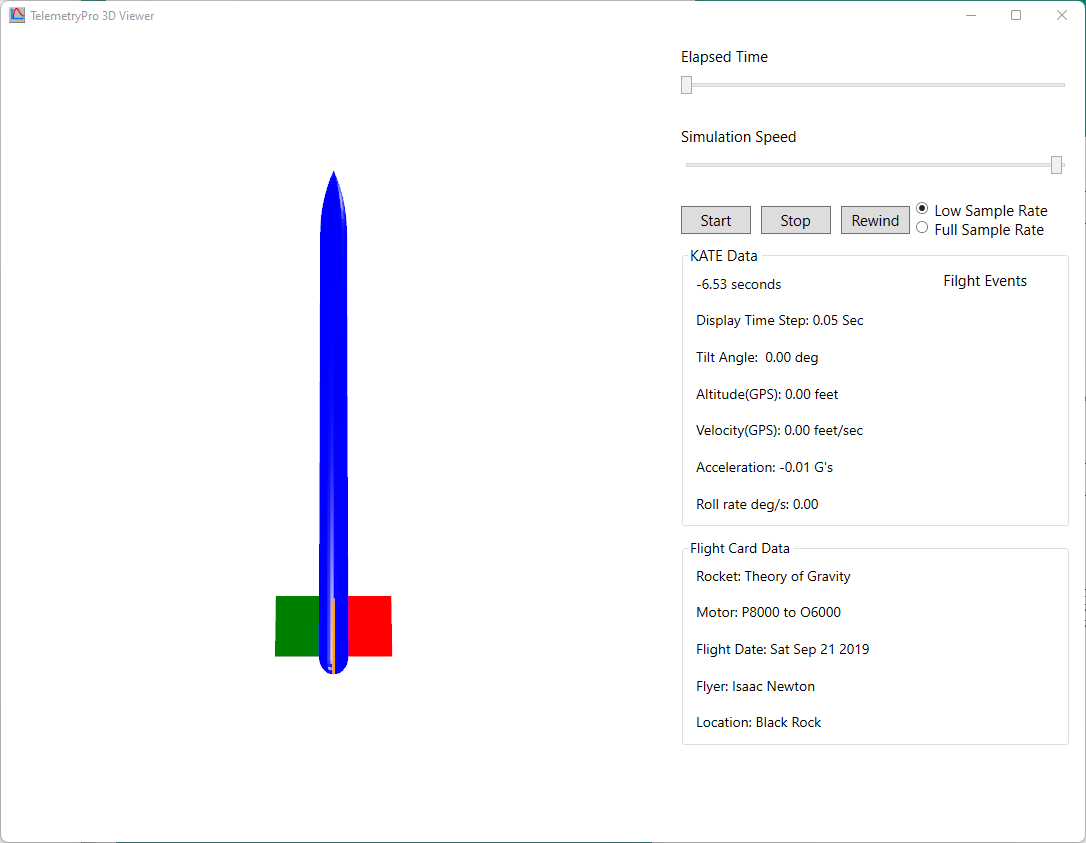 ​There is no audio in this video but the cursor will help call your attention to some interesting data being displayed at different points in time.

Anyone wishing to try it out can download the Flight Data Analyzer, go to the File menu and open the example file for the two-stage 142K flight.

​The 3D Viewer software was written by Greg Spohn.   It is integrated into the Multitronix Flight Data Analyzer.  ​