﻿The LCD display on the receiver is fully readable even in direct sunlight.  It also has a built-in backlight that can be used after dark.   A few examples of the LCD display during a typical flight are shown below.  Click on the first one and then sequence through them using the right arrow key on your keyboard.  Every display screen in the receiver has a title at the top.  The signal strength indicator is in the upper right corner.  The displays below all show "five bars" which is maximum signal.  Before flight, the user simply enters a flight plan and then arms the system.  The launch status display shows when all systems are "GO" for launch.  The telemetry display always shows altitude, velocity, distance and bearing in the top four lines.  The last two lines display different information depending on what is most relevant at that moment.  The system can also detect when the drogue and main parachutes are deployed by detecting the deployment charge firing or by monitoring the descent rate.  These events are also shown on the telemetry display.  The results screen shows some key results for the flight such as max altitude, max velocity and so on.  The locator screen shows the location of the rocket with respect to the receiver.  It operates similar to a radar screen in that it shows a small "blip" for the location of the rocket.  It is a simple matter of just moving in the indicated direction to go recover the rocket.﻿ 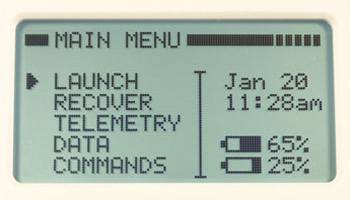 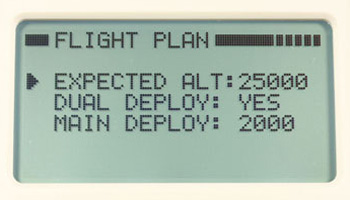 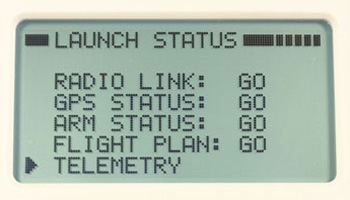 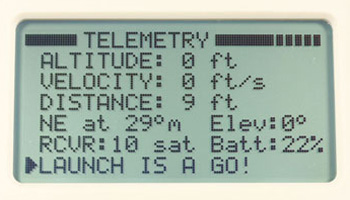 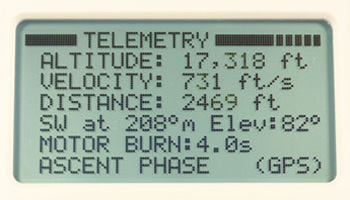 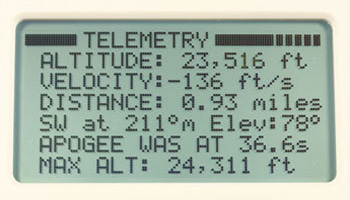 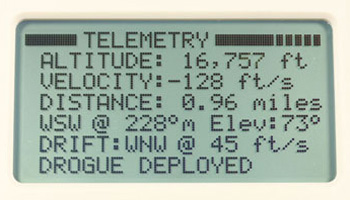 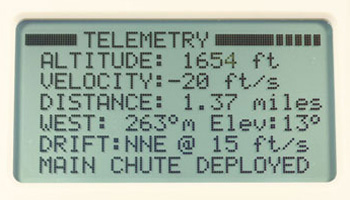 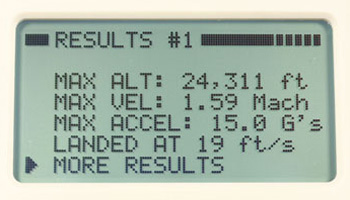 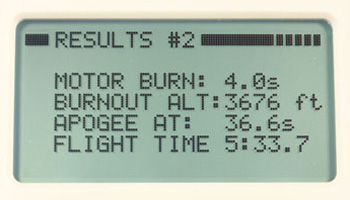 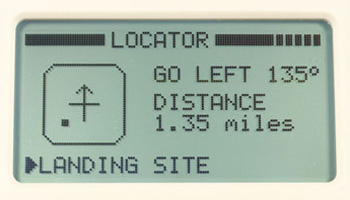 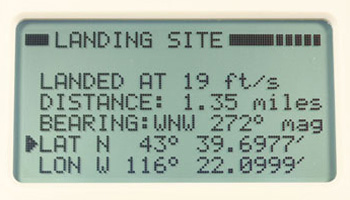 The receiver has internal flash memory that can save all of the data and Kate audio commentary from four flights.  A summary of each flight can be recalled for display on the receiver's screen.  The Kate audio recording for a flight can also be replayed on the receiver.  The audio player can playback at normal speed, fast speed, pause, skip ahead or skip in reverse.

The receiver has a mini USB interface.  It can be used to download flight data for post flight analysis using the same software program as for the transmitter. The USB interface can also be used to update the firmware inside the receiver to pick up new features in future firmware releases.

Selectable transmitter ID codes allow any receiver to operate with any transmitter. This allows multiple users to share one receiver. Multiple receivers can also be used for redundancy to simultaneously track one rocket.  The ID code is very easy to change using a menu pick and the up/down buttons.

The receiver has a custom designed, circularly polarized, high performance antenna in order to eliminate potential signal loss due to transmitter orientation during flight.  Commercial satellite systems use circularly polarized antennas for the same reason.

The receiver can also be used to put the transmitter into a simulation mode that allows a user to simulate an entire flight. This is great for training and practice so that a user can become proficient with operating the system prior to an actual launch. The simulation is also a very good test to make sure the whole system is working properly.  In simulation mode, the transmitter synthesizes telemetry data and sends it to the receiver. The receiver operates normally during a simulation. It has no clue whether the data is real or synthesized. To run a simulation, the transmitter and receiver must first be configured exactly the same way as for a real launch. This means going through the normal launch setup procedure and making sure all systems are “GO”.  At that point, a simple command is sent to the transmitter to initiate the simulated flight and Kate will begin describing what is happening.  After the flight, the simulated flight data can also be downloaded from the transmitter or the receiver in order to become familiar with using the Flight Data Analyzer program.

The receiver is ergonomically designed with two convenient carry handles and soft rubber side grips.