Successful two-stage flight to over 142,000 feet!
Jim Jarvis, Stu Barrett and Jerry McKinlay flew the Kate 2.0 TelemetryPro tracking system to over 142,000 feet in their two-stage "SVJ2" rocket at the BALLS-28 launch held at the Black Rock desert in Nevada on Sept. 21, 2019.  The Kate 2.0 system controlled all flight operations including staging, deployment, GPS tracking and telemetry downlink.   It was an outstanding flight!  It reached Mach 3.66.  The flight was safely recovered 9.1 miles from the launch pad.
All photos above are by Peter Thoeny at Quality HDR Photography 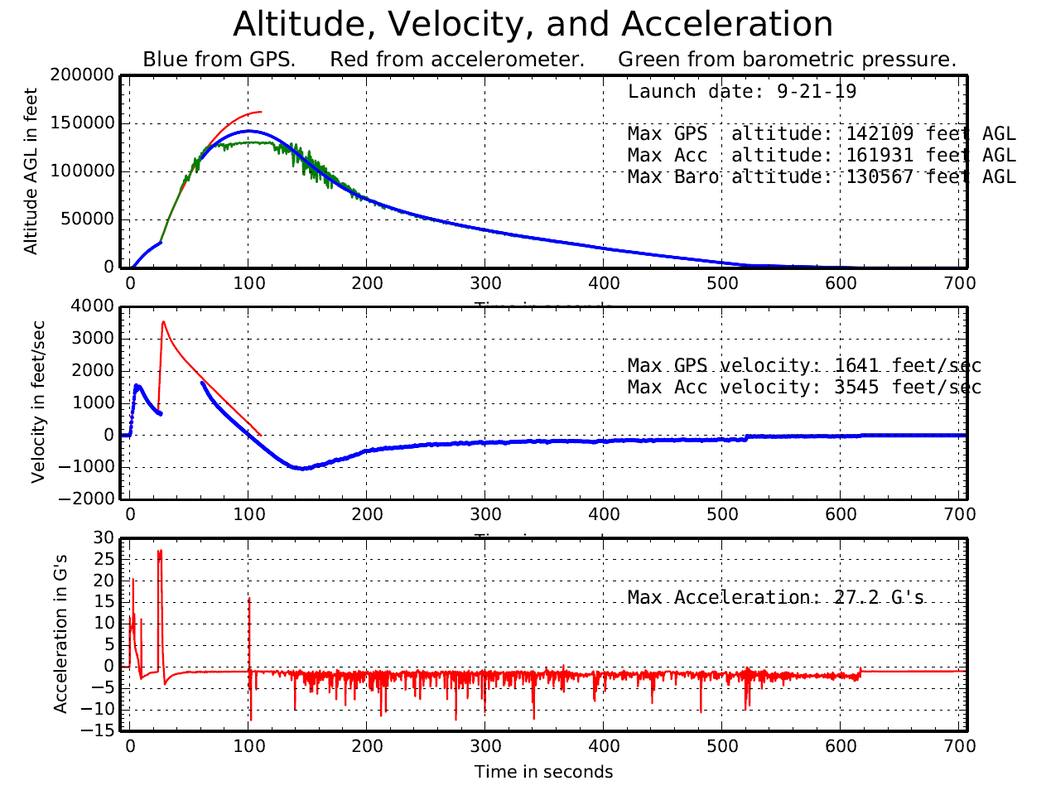 Note:  This flight exceeded the maximum velocity limit for the GPS. (1641 feet/sec.)  Consequently, the GPS suspended the velocity and altitude readings and did not resume reporting them again until the velocity dropped back down below the limit.  The TelemetryPro system has an accelerometer on-board and therefore can measure and report velocities higher than the GPS limit.   The accelerometer reported the max velocity to be 3545 feet/sec.  That is Mach 3.66 at 32,000 feet where it occurred.